WR Jordan Addison says move to USC was only about football 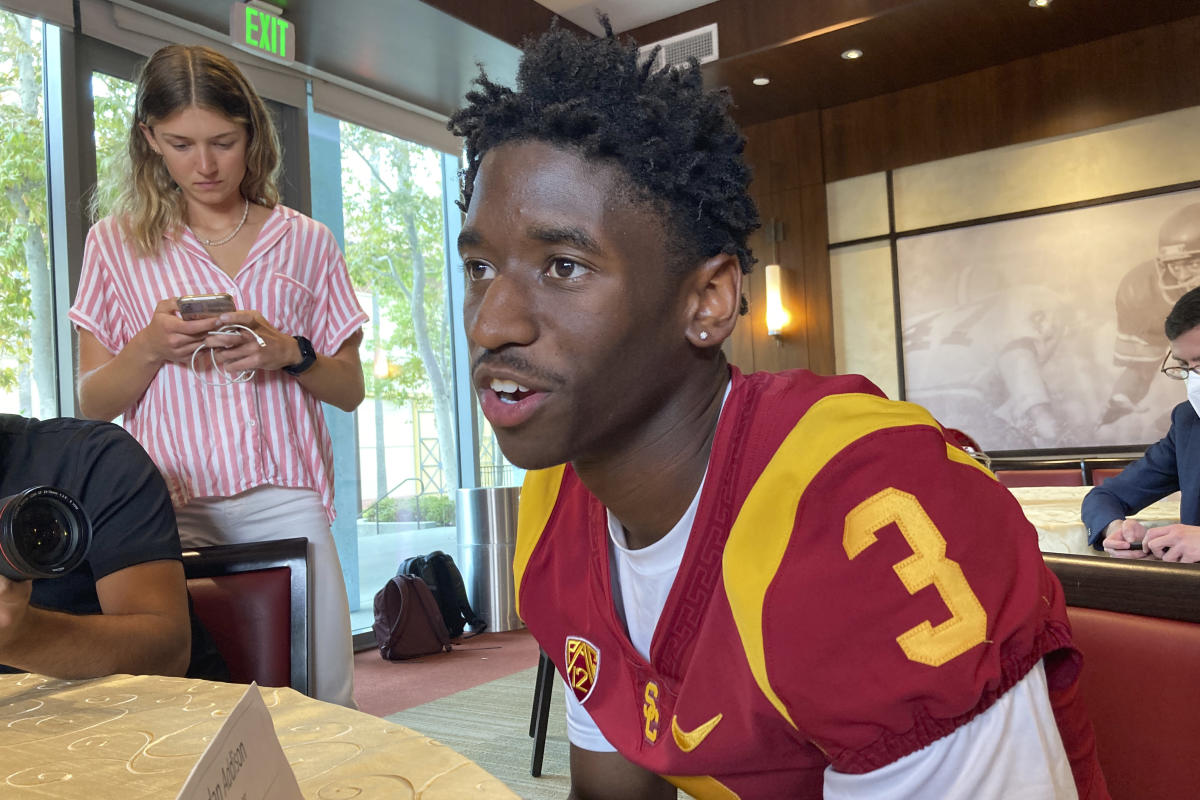 LOS ANGELES (AP) Jordan Addison said he didn't know Southern California was the school for him until the moment he set foot on campus for his recruiting visit shortly after entering the transfer portal in May. Addison realizes he left behind hurt feelings at Pitt, where he was the nation's most prolific receiver last season while catching 100 passes for 1,593 yards and 17 TDs. Panthers coach Pat Narduzzi has strongly suggested star players like Addison have been swayed by huge name, image and likeness deals at higher-profile schools like USC.